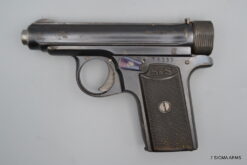 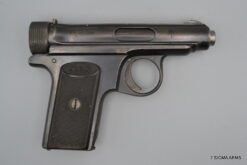 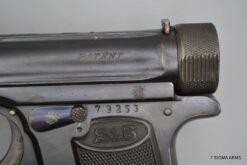 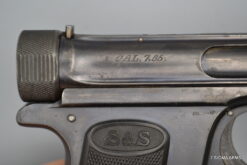 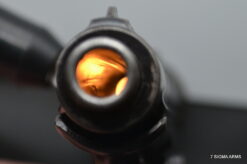 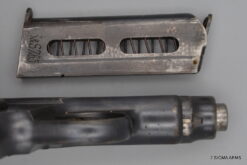 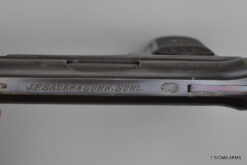 Sauer 7 Sohn Model 1913 7.65/.32ACP in excellent shape. Included is one six round magazine. Manufactured at the Suhl factory of JP Sauer & Sohn from 1913-1931, with this early, 2nd variation example believed to date to 1915-1916. A standard Model 1913, the pistol features a 3″ round barrel with blade front and fixed notch rear sights, concealed striker and checkered cocking piece, “S&S” hallmarked-grip panels of checkered hard rubber, and a factory-marked magazine with seven round capacity of .32 Auto. Standard markings include matching numbers on all numbered components, the caliber designation on the slide’s right side, one-line Suhl address in German and “wildman” oval hallmark on the top of the slide, German commercial nitro proofs are found throughout, “PATENT” is roll-marked on script over the left grip panel, the presumed social security number of a previous owner has been etched to the right of the frame above the grip panel, and no modern import mark is present. The finish is the factory-original blue on the frame and slide, the barrel is finished bright, and the small parts are nitre blued. A brilliant design that is regarded by many as the most elegant of the wartime production pocket .32’s, the Model 1913 was never officially adopted by the German military but was a popular choice among officers and NCO’s as a private purchase sidearm. 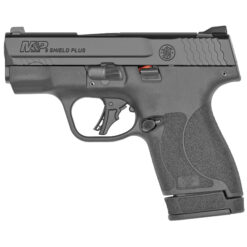 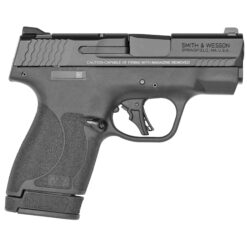 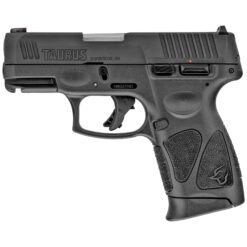 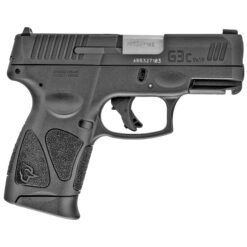 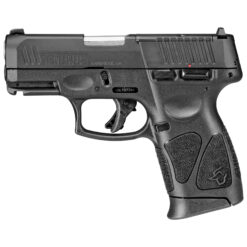 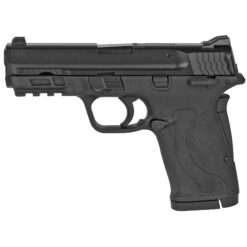 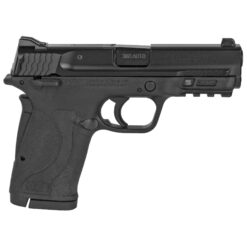